There are lots of models for what it means to be a successful business, but few models for what it means to be successful in forest stewardship. About six months after starting into business, MRC determined that one of the best benchmarks for stewardship was Forest Stewardship Council® (FSC®) certification and publicly committed itself to achieving this goal. HRC also publicly committed to attaining FSC certification when it began as a business.

Having FSC certification says a great deal about a forestry company. It is a conservation tool that takes a voluntary, market-based approach to encouraging responsible forestry practices. Certification involves an independent evaluation of a landowner’s forestry practices according to strict environmental and socioeconomic standards. FSC also provides “chain of custody” monitoring, which tracks a product from an FSC-certified forestland to the final product. This provides a link between the forestland from which the product was produced directly to the consumer.

We chose the FSC standard for certification because we, as well as many others, believe that it is the toughest standard available for management of forests on a commercial basis.  To honor this choice, both HRC and MRC have made a long-term commitment to manage our forests in conformance with FSC standards and policies: Please see our Forest Management and Stump-To-Forest Gate Chain-Of Custody Surveillance Evaluation Reports (2014-2019) (2017-2022).

All certificates are evaluated annually, with a comprehensive review and re-certification every 5 years.

MRC developed a group certification program, MRC Resource Manager Program [MRCRM] for small landowners in the region. The MRCRM was certified by auditors from Scientific Certification Systems in 2003. The MRCRM developed a Program Manual that also serves as its management plan. Beginning in 2009, the MRCRM has been providing annual monitoring reports on group activities and significant events (2020 Annual Report). Also, MRCRM provides statements of participants commitment to FSC standards and policies (Public Commitment). 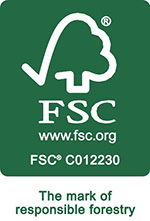